Defeat for our small Eagles teams, in the London Premier Youth League 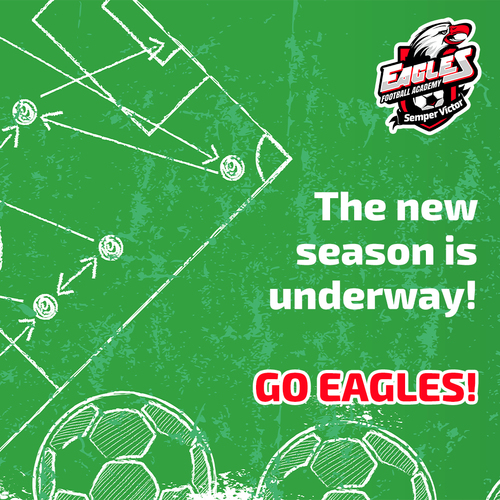 A new season started for all our groups at Eagles Football Academy. The results of our younger teams, in the London Premier Youth League, were not great last weekend.

However, the slow start is somewhat explicable, after the pandemic break and all the difficulties brought by it. The teams coached by Daniel Desai (U6-7), Sorin Dinu (U8-9), George Huluba (U11-12) and Adrian Sălăgeanu (U13-14) faced strong opponents and ended the games in defeat.

"We weren't at the expected level, but the results are less important at this age. Obviously, the expectations at Eagles Football Academy are high, but we saw competitive players on the pitch, which is a plus for us. We'll continue developing our game, every week", said General Manager Gabriel Dumitru, about these first games played by the youth.

Our GM is looking ahead at the future, because our young teams will be involved in the LA League season, where the championship is ready to start. We will have teams from our U7, U8, U10 and U12 groups, but also two teams from our U9 group. So there's plenty of action ahead and we're looking forward to the official games that will start soon. GO EAGLES!